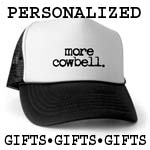 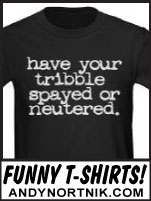 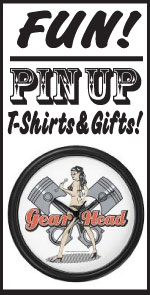 A pin-up girl, also known as a pin-up model, is a model whose mass-produced pictures see wide appeal as popular culture. Pin-ups are intended for informal display. Pin-up girls may be glamor models, fashion models, and actresses. The term pin-up may also refer to drawings, paintings, and other illustrations done in emulation of these photos (see the list of pinup artists). The term was first attested to in English in 1941 however, the practice is documented back at least to the 1890s. The pin-up images could be cut out of magazines or newspapers, or be from postcard or chromo-lithographs, and so on. Such photos often appear on calendars, which are meant to be pinned up anyway. Later, posters of pin-up girls were mass-produced. They became an instant hit. Many pin-ups were photographs of celebrities who were considered sex symbols. One of the most popular early pin-up girls was Betty Grable. Her poster was ubiquitous in the lockers of G.I.'s during World War II. Other pin-ups were artwork, often depicting idealized versions of what some thought a particularly beautiful or attractive woman should look like. An early example of the latter type was the Gibson girl, drawn by Charles Dana Gibson. The genre also gave rise to several well-known artists specializing in the field, including Alberto Vargas, Gil Elvgren, and George Petty, and numerous lesser artists, such as Art Frahm.

(9 February 1896  30 December 1982) was a noted Peruvian painter of pin-up girls. He is often considered one of the most famous of the pin-up artists. Numerous of the original Vargas paintings have sold for hundreds of thousands of dollars. Born in Arequipa, Peru, Joaquin Alberto Vargas y Chávez moved to the United States in 1916 after studying art in Europe prior to World War I. He was the son of famous Peruvian photographer Max T. Vargas. His early career included work as an artist for the Ziegfeld Follies and for many Hollywood studios. Vargas' most famous piece of film work was that for the 1933 film The Sin of Nora Moran, which shows a near-naked Zita Johann in a pose of desperation. The poster is frequently named one of the greatest movie posters ever made. He became famous in the 1940s as the creator of iconic World War II era pin-ups for Esquire magazine known as "Varga Girls." The nose art of many World War II aircraft was adapted from these Esquire pin-ups. A legal dispute with Esquire over the use of the name "Varga" resulted in a judgment against Vargas and he struggled financially until the 1960s when Playboy magazine began to use his work as "Vargas Girls." His career flourished and he had major exhibitions of his work all over the world. The death of his wife Anna Mae in 1974 left him devastated and he stopped painting. The publication of his autobiography in 1978 renewed interest in his work and brought him partially out of his self-imposed retirement to do a few works, such as album covers for Bernadette Peters and The Cars. He died of a stroke on December 30, 1982, at the age of 86. Many of Vargas' works from his period with Esquire are now held by the Spencer Museum of Art at the University of Kansas, which was given those works in 1980 along with a large body of other art from the magazine. At the December 2003 Christies auction of Playboy archives, the 1967 Vargas painting "Trick or Treat" sold for $71,600, a record for his works. His work was typically a combination of watercolor and airbrush. His mastery of the airbrush is acknowledged by the fact that the highest achievement in the community of airbrush artistry is the Vargas Award, awarded annually by Airbrush Action Magazine. Despite always using figure models, his images would often portray elegantly dressed, semi-nude to nude women of idealized proportions. Vargas' artistic trait would be slender fingers and toes, with nails often painted red. Vargas is widely regarded as one of the finest artists in his genre. He also served as a judge for the Miss Universe beauty contest in 1956-58. Notable women painted by Vargas include Olive Thomas, Billie Burke, Nita Naldi, Marilyn Miller, Paulette Goddard and Ruth Etting.

Gil Elvgren (March 15, 1914  February 29, 1980), born Gilette Elvgren, was an American painter of pin-up girls, advertising and illustration. Elvgren lived in various locations, and was active from the 1930s to 1970s. Today he is best known for his pin-up paintings for Brown & Bigelow. Elvgren studied at the American Academy of Art. Elvgren was one of the most important pin-up and glamour artists of the twentieth century. In addition, he was a classical American illustrator. He was a master of portraying the all-American ideal feminine, but he wasn't limited to the calendar pin-up industry. He was strongly influenced by the early "pretty girl" illustrators, such as Charles Dana Gibson, Andrew Loomis, and Howard Chandler Christy. Other influences included the Brandywine School founded by Howard Pyle. Elvgren was a commercial success. His clients ranged from Brown and Bigelow and Coca-Cola to General Electric and Sealy Mattress Company. In addition, during the 1940s and 1950s he illustrated stories for a host of magazines, such as The Saturday Evening Post and Good Housekeeping. Elvgren's paintings today are valuable and highly sought-after. His painting Fascination set a record for any work by the artist when it sold for $262,900 in a Heritage Auction in June 2008.